The daughter of one of Chantelle's old classmates, Lulu is the only employee that Chantelle has and would hire that is not made of metal. She needed the job so badly that she walked right into the diner to set up an interview without knowing that there would be robots, shocked to see them when she entered the establishment.

Lulu is often spooked by small things, talking to others being one of them. Her uncle recommended the job to her, specifically a waitressing job, to get her to speak to others more often. She often feels out of place among her coworkers, but they remind her time and time again that her help is still greatly needed and appreciated. Awful often asks her about humans, to the point where Chantelle has to leave her office to get him to go back to work.

Design Notes
Her hair is in a ponytail in her ref (you can draw it down tho, it'll be much longer) 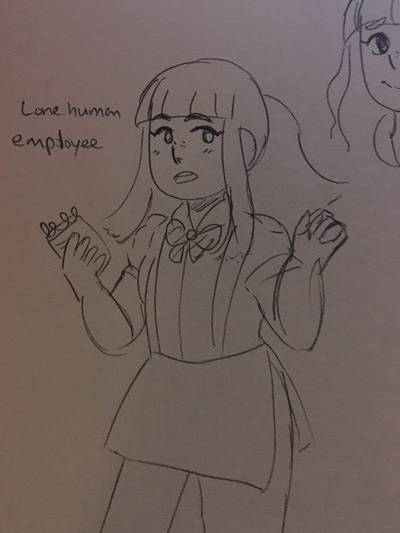 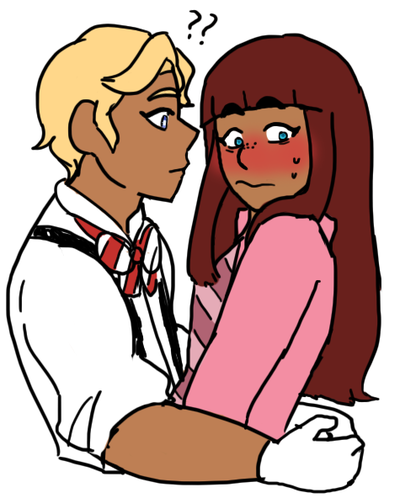 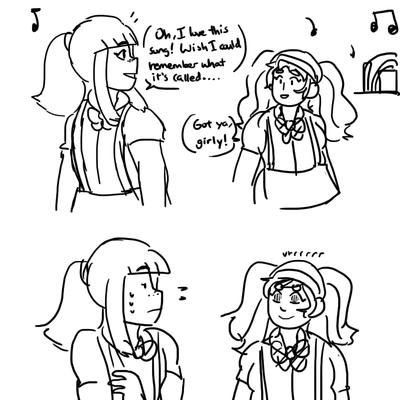 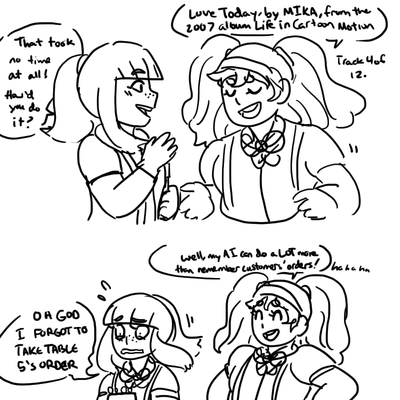 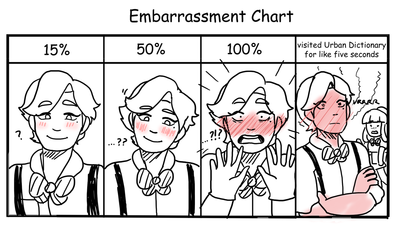 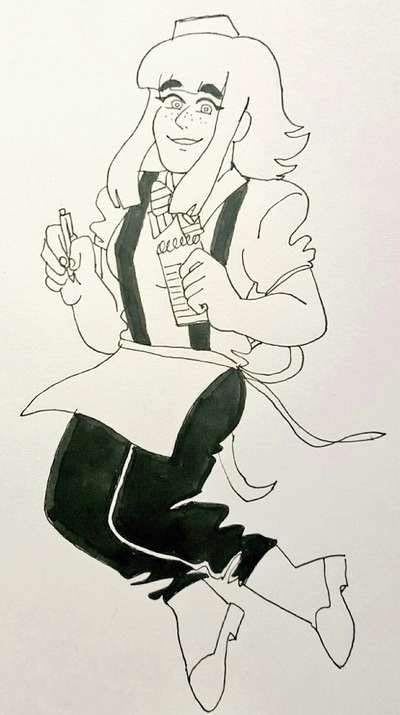 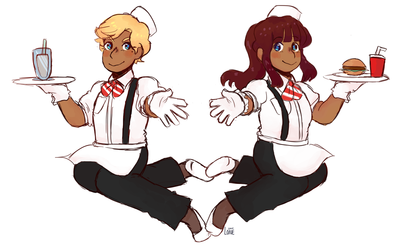 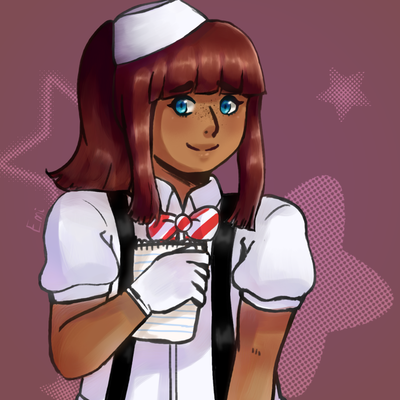 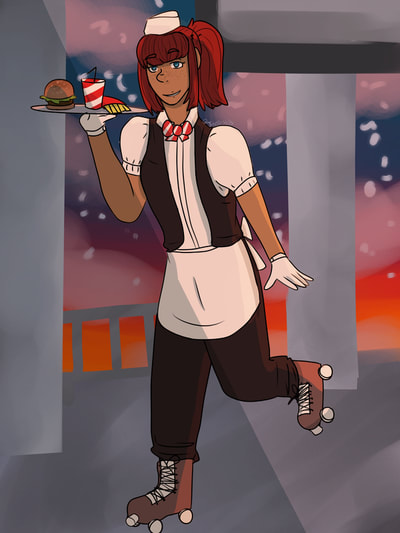 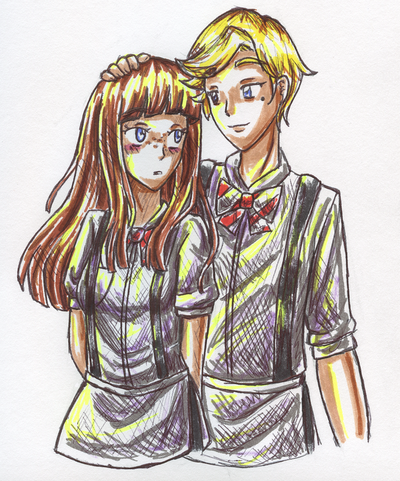 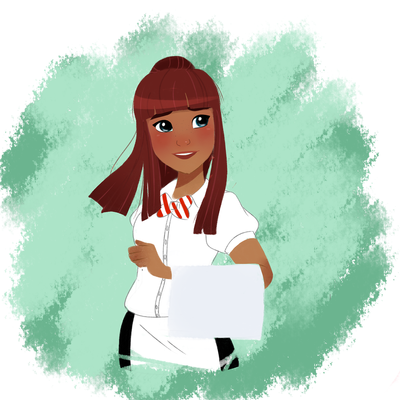