While a very nice gal to be around, Pumpkin felt sort of rushed in life. In a hurry to figure out what she wanted, and not wanting to impose on her family, she ended up being a businesswoman who didn't have much time for anything else. Though she tried not to, she fell in love with an inkling, Rory, only to find out he was going to die a year later. She stayed with him, grieving over how his life would be cut short.

Then she got to wondering... why did she act like hers was about to be? With the loss of her love, at the age of 23, Pumpkin suddenly quit her job and took a week to reflect. From that point, she picked up a roller and started joining turf wars and essentially finally letting her hair down.

It's easy to describe her as a nihilistic squid, though rather than taking it as a negative, she figures she ought to enjoy herself. It's a bit difficult when you're living in a small apartment and don't have a lot of friends, but she makes do.

Design Notes
always has cheek circles!
it's okay to not give her a hat 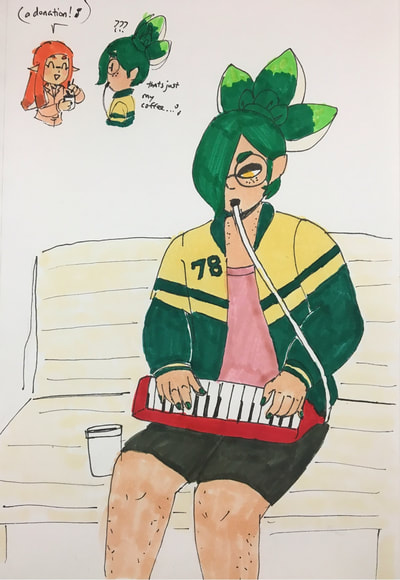 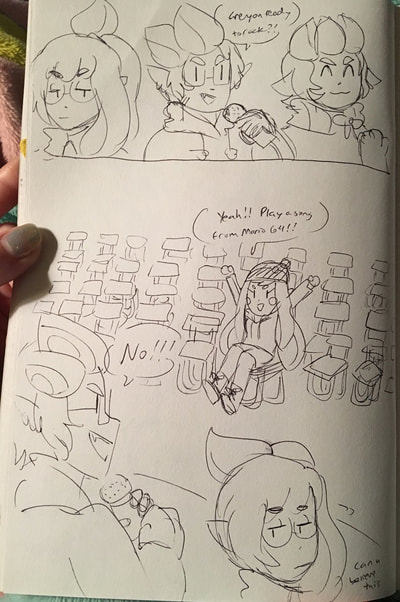 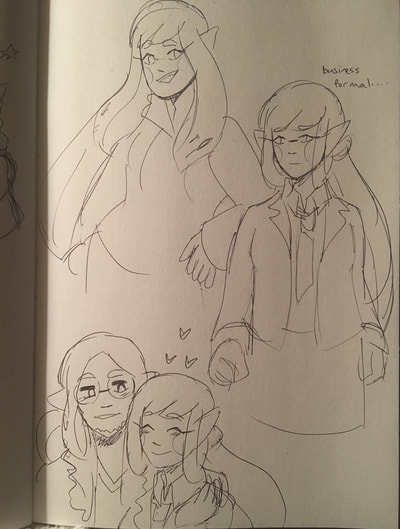 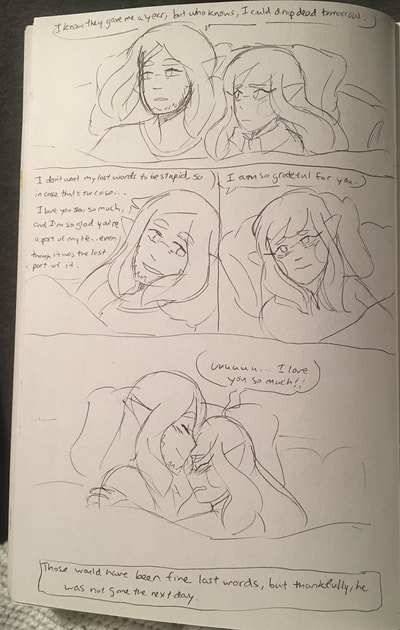 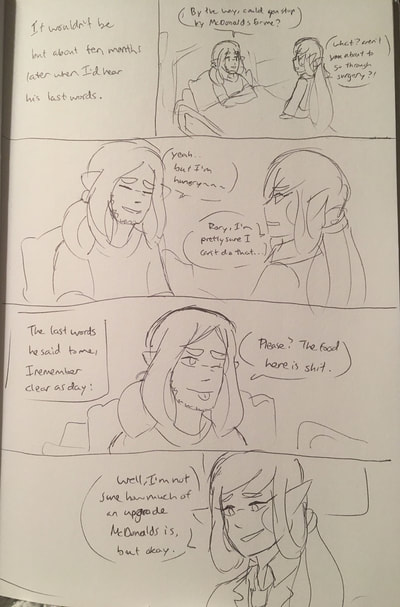 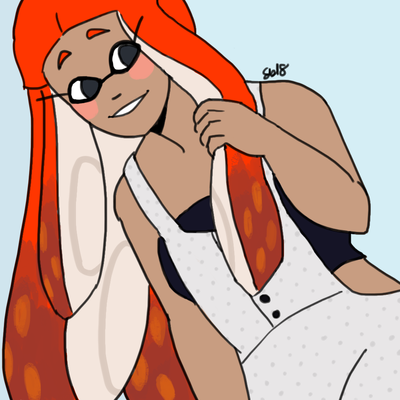 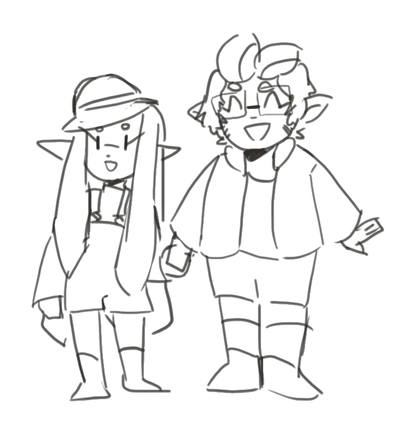 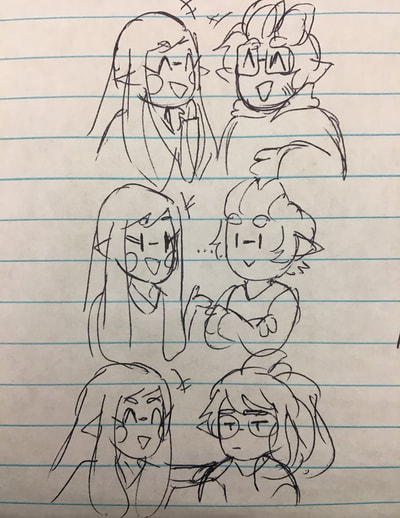 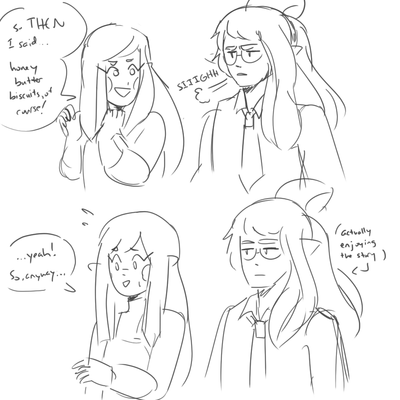 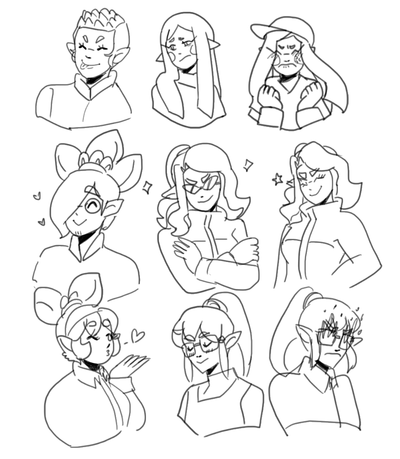 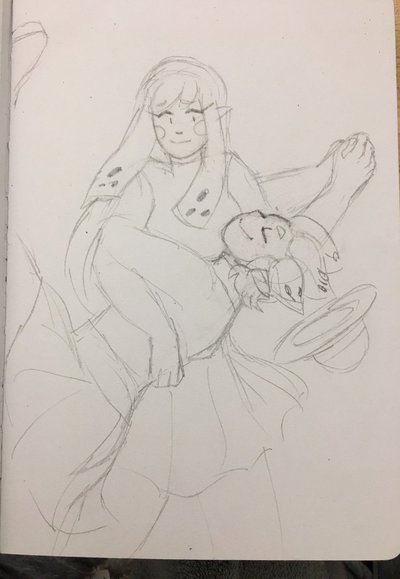 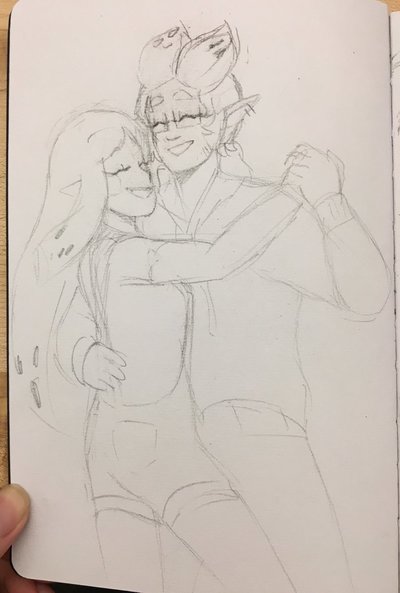 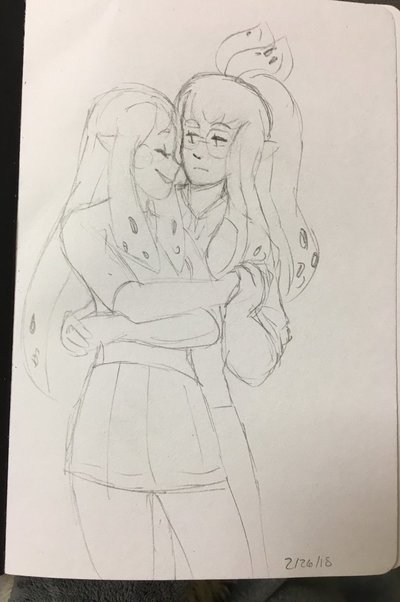 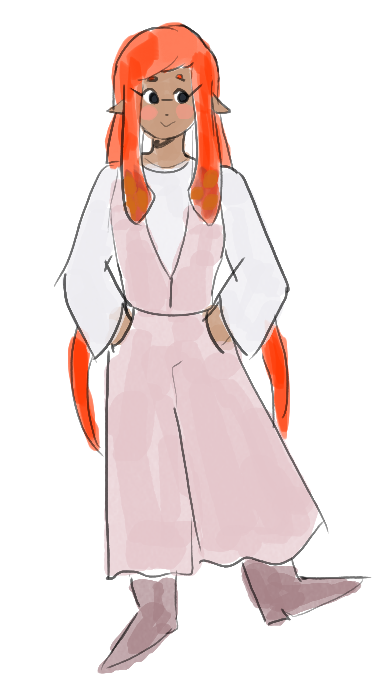 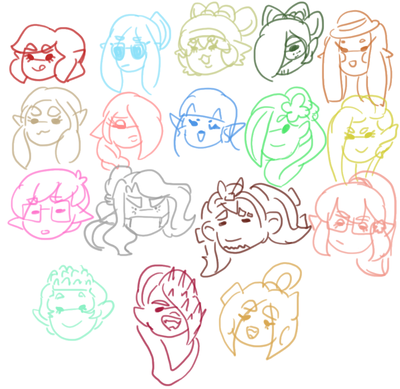 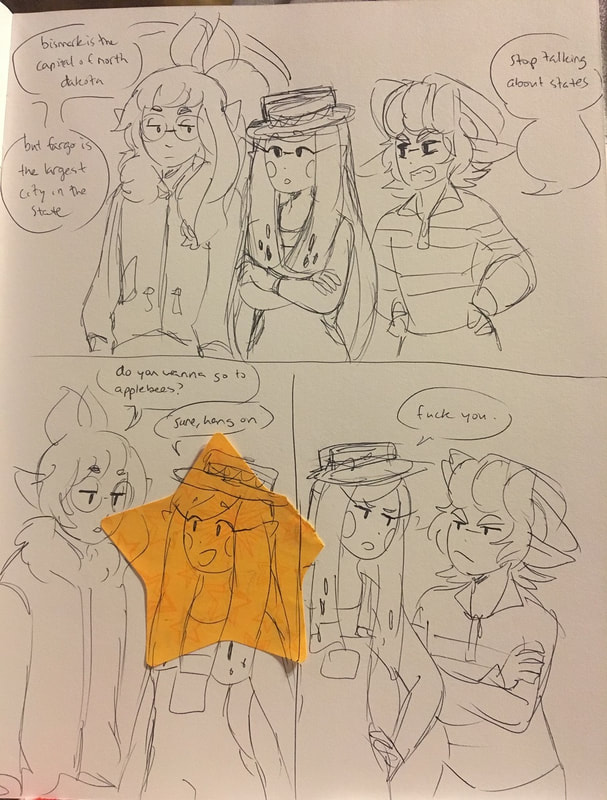 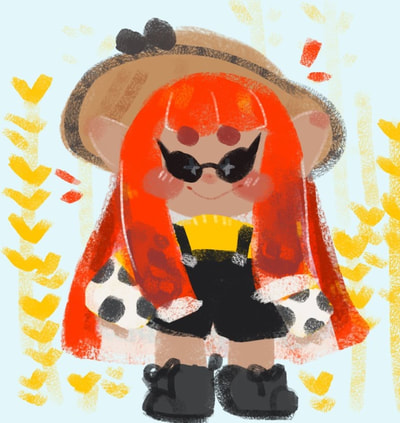 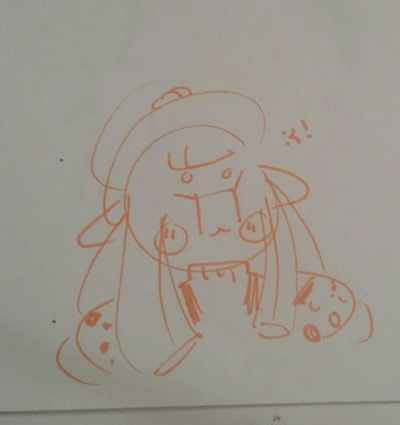 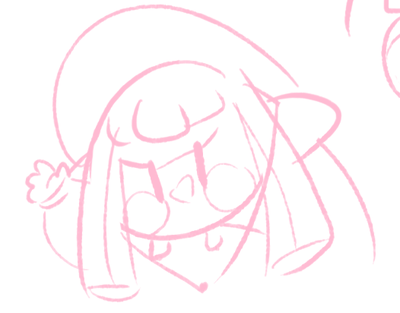 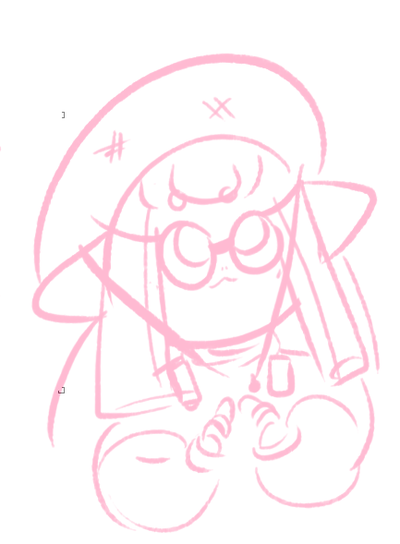 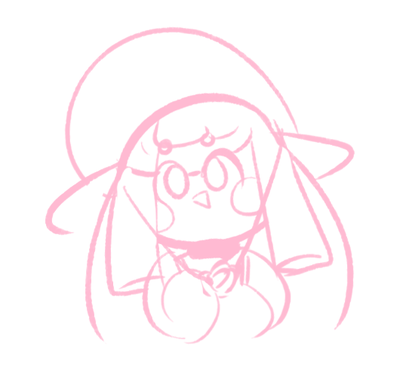 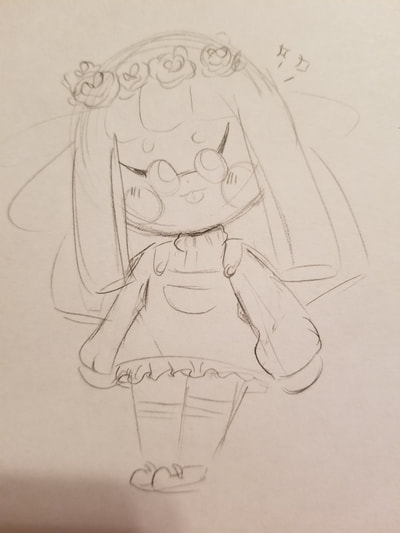