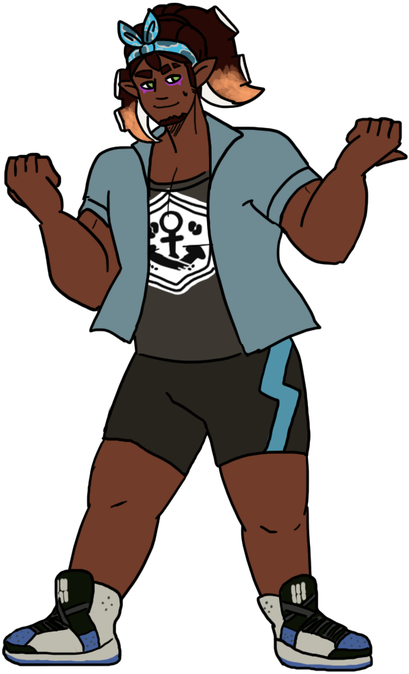 The childhood friend of Agogo, Timpani is a strong but unfortunately shy octoling that challenges his own shyness by acting, periodically taking minor movie roles. He can attest that Agogo's quirk has always been present, but he doesn't mind -- he enjoys when she's happy, so he plays along with it. He can actually be fairly theatrical at times and enjoys singing, though deafness in his right ear can sometimes make it difficult.

Though Timpani is much stronger and faster than his friend, he's not that great at turf wars, nor is he at talking to people that aren't just there to deliver the takeout he called in on the phone. Agogo is kind of a security blanket for him with new people, often holding her hand to try and remain calm. 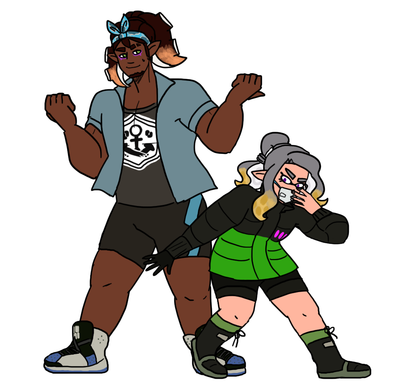 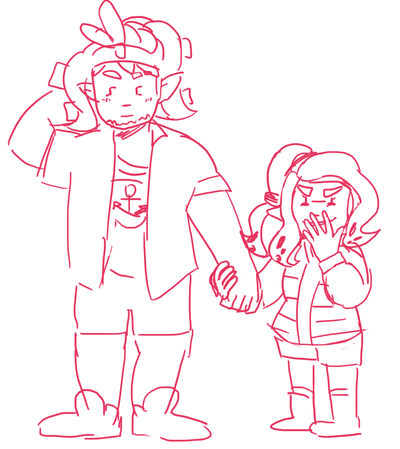 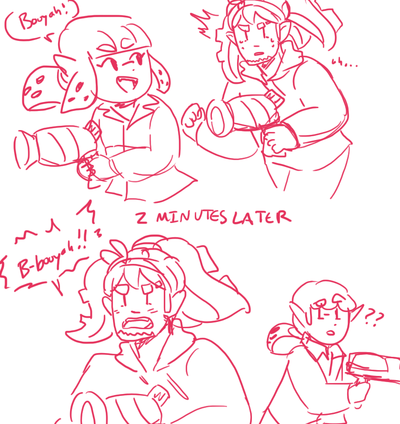 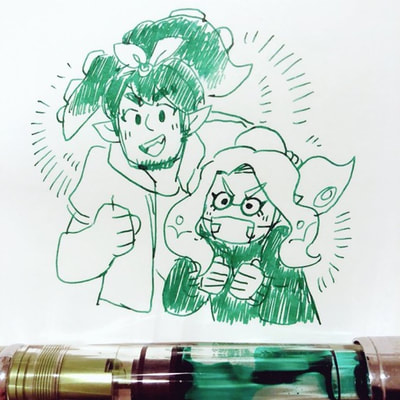 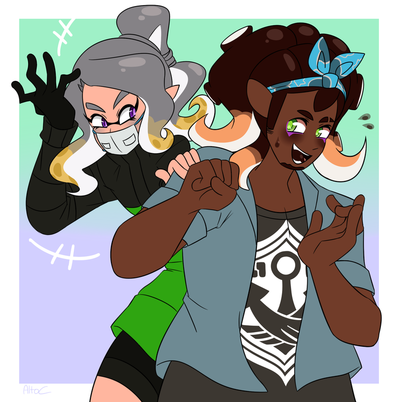 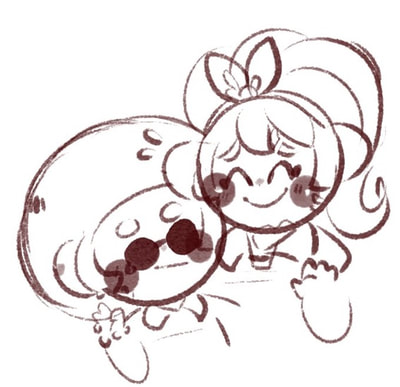 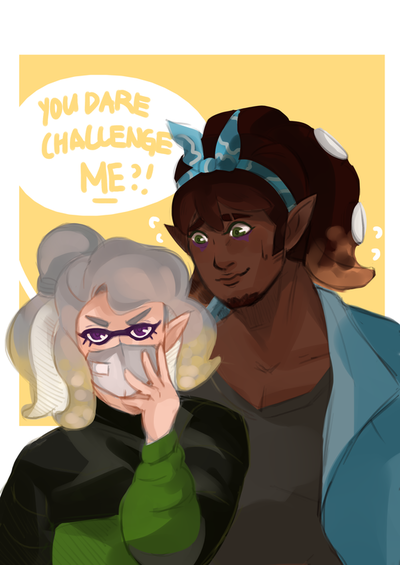